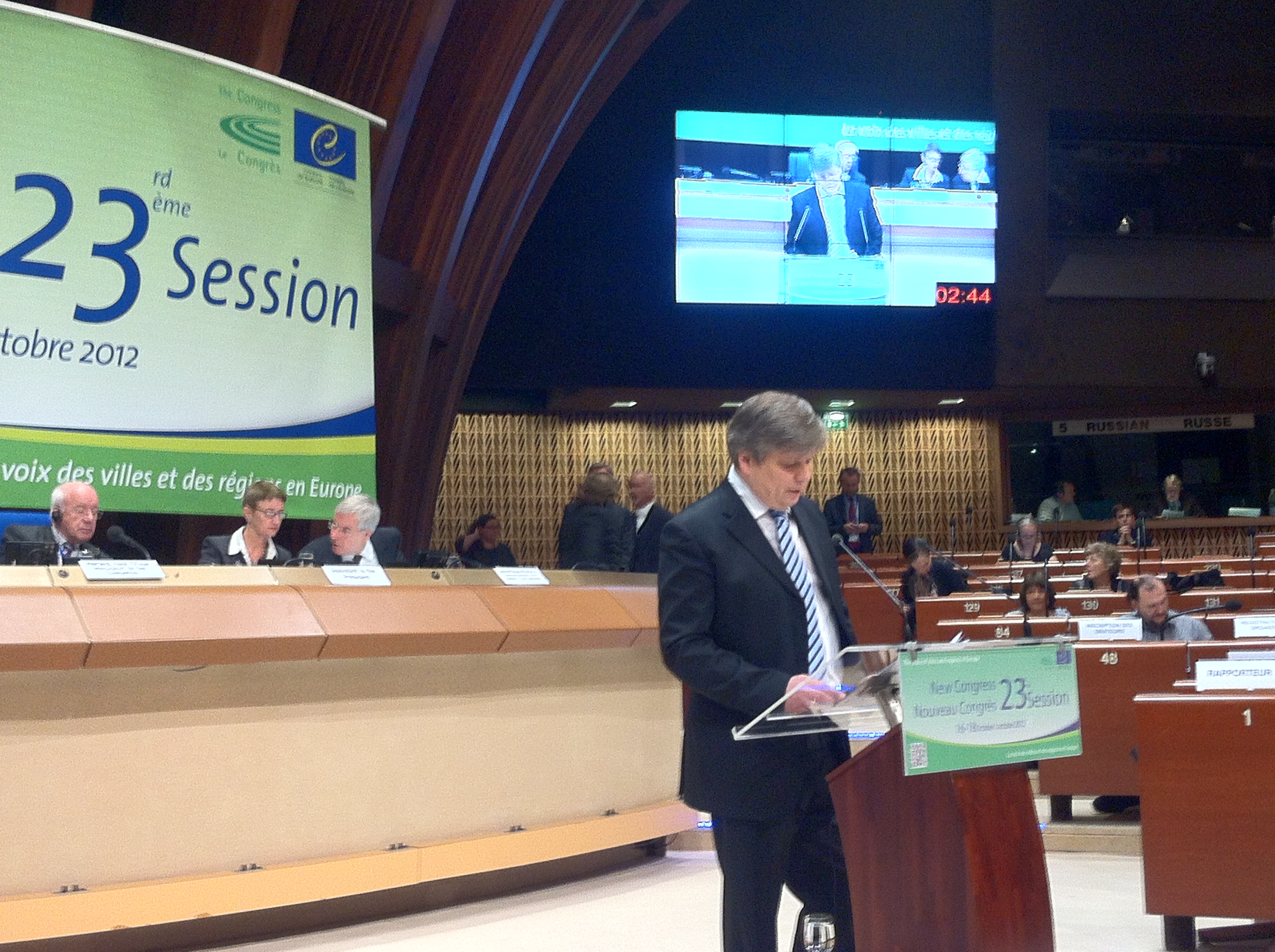 First of all I would like to express my gratitude for the invitation and for the opportunity to address the Congress. It is a great honour to participate in the exchange of views on the progress of local democracy in Estonia with such an honourable audience.

The monitoring mission was initiated due to the government’s budgetary cuts on local level in Estonia in 2009. These cuts raised questions if the measures taken are in compliance with the principles of financial autonomy of local authorities laid down in the Charter.

During its monitoring visit, the Congress delegation reached the conclusion that local authorities had suffered a reduction in income for which they had received no real compensation, and financial situation had worsened.

Though – the relevant legislation DID NOT render local authorities unable to fulfil their tasks or exercise their powers and DID NOT place unreasonable or disproportionate burdens on local authorities. This conclusion was reached despite several doubts and disbelief from the European Council and this honourable Congress.

As an open market economy Estonia was severely hit in the start of global recession. Government took responsibility of swift action to retain control of the situation and applied severe measures on state and local level.

Although rather radical decision at the high-point of the crisis, it has proven to be a rational and necessary one avoiding much worse scenario. Due to this Estonia was able to AVOID FURTHER CUTS and Estonia was able to fulfil Maastricht criteria and join the Euro-zone during the turmoil in the beginning of 2011.

Also the measures proved to be successful if you view what happened in local level. The prognosis of the personal income tax local share has increased and Local Governments revenue base will reach near the pre-crisis level in 2013 and exceed it in 2014.

Estonia has been able to raise local government tax share compared to GDP in 2010 to pre-crisis level in 2007, similarly to Finland and Sweden. Based on OECD figures and comparing years 2007 and 2010 the local government tax revenues share in the GDP rose 8.4%. For comparison same figures were in Finland 12.2% and in Sweden 6.2%.

As European Council with the help from Kenneth Davey has expressed in an overview of the impact of economic downturn on local government, experience has shown that the worst impact of previous recessions has been felt by local budgets two to three years after general economic recovery as national governments try to restore their fiscal fortunes with cuts in intergovernmental transfers. For Local governments the possibility of this happening again was in 2011 or 2012. In Estonia, the financial situation of local governments is improving and we do not see such risks being realized as described by Kenneth Davey.

However, situation has been different in many countries as by 2011, serious doubts have developed over a number of nations’ ability to service or roll over sovereign debt, which led to grant restraint. Taking for example the UK where annual funding for local government is due to fall by 7.1% between 2011 and 2015 as part of the coalition’s deficit reduction drive.

Therefore at the international level, such promptness and flexibility in controlling the crisis as done in Estonia,  HAS BEEN RECOGNISED rather than criticised.

After two years of adopting the recommendation by the Congress, I shall give you a brief background and overview of the current situation in Estonia.

Our single-tier local government system dates from 1993. We have 226 municipalities. The size of local governments differs on a large scale. The biggest municipality is the capital city Tallinn with over 400 000 inhabitants and the smallest is an island with 97 inhabitants. So, the difference in population- and also in the budget- is more than 4000 times.

In the current situation half of the municipalities of Estonia have less than 1800 inhabitants, less than 10 local officials and revenues as a median average of 1.9 million Euros € per local government. At the same time they have substantial autonomy and wide range of tasks. There is a reason to doubt that even with the HYPOTHETICAL DOUBLING of local revenues they would be able to guarantee good services for local inhabitants, guarantee their basic rights and do that effectively with reasonable costs.

Regrettably the majority of the local governments in Estonia are too small for performing the current tasks. This position is also supported by the statement presented in the OECD report concerning the Estonian governing system, which maintained that transforming local individual income tax into a local tax could be considered only after local governments increase in size.

So having this in mind and also taken into account some of the recommendations made by the Congress, my priority is to enforce local government reform in Estonia. The aim of a proposed reform is:

If the proposed local government reform will not come in force then it is hard if not to say impossible to improve local government’s financial situation without violating their autonomy by reduction of their responsibilities.

–          The measures we took in the beginning of crisis were shocking and unheard of at that moment, still in the longer term we have been recognised as doing the necessary thing in the right time.

Thank you for your attention. 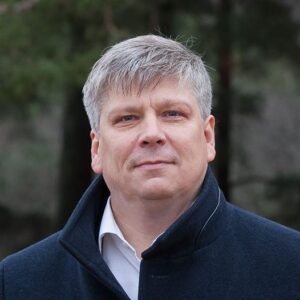